Conflict is bound to happen when you put a group of people together. However, how you manage that conflict can make or break your team. In this post, we’ll outline some steps you can take to manage conflict between team members effectively. By following these tips, you’ll be able to keep your team functioning smoothly and efficiently.

What is Conflict Between Team Members?

The conflict between team members is simply disagreements or arguments that occur between two or more individuals on a team. This can happen for various reasons, such as differing opinions on a project or task, personality clashes, or even different working styles.

Left unchecked, conflict can quickly spiral out of control and become detrimental to the productivity and morale of your team. That’s why it’s important to nip conflicts in the bud as soon as they start.

How to Manage Conflict Between Team Members

You can take a few key steps to manage conflict between team members effectively. By following these tips, you’ll be able to keep your team functioning smoothly and efficiently:

One of the best ways to prevent and resolve conflict is to encourage open communication among team members. When team members feel like they can openly communicate with one another, they’re more likely to address issues before they escalate into full-blown conflict.

Respect is key to effective teamwork. If team members don’t respect one another, it’s only a matter of time before conflict arises. To promote respect on your team, ensure everyone is treated fairly and equally. Encourage team members to listen to one another and value each other’s opinions.

Clear expectations are important for preventing conflict between team members. If everyone knows their roles and responsibilities, there’s less room for misunderstanding and disagreement. Make sure you take the time to explain your expectations to your team and be available to answer any questions they may have.

Constructive feedback is a valuable tool for preventing and resolving conflict. It allows team members to give and receive constructive criticism in a way that’s helpful rather than hurtful. When giving feedback, always focus on the behavior or issue rather than attacking the person. And when receiving feedback, try to be open-minded and willing to change.

5. Be willing to compromise

Compromise is an important part of effective teamwork. When team members are able to compromise with one another, it prevents minor disagreements from escalating into full-blown conflict. If you’re having trouble reaching a compromise, try finding a middle ground on which everyone can agree.

When to Step-in Between Team Conflicts?

There will be times when you need to step in and mediate between team members who are in conflict. If the conflict is minor, you may be able to handle it yourself. But if the conflict is more serious, you may need to involve other members of management or even HR.

Here are a few signs that it’s time to step in and mediate a conflict:

If you see any of these signs, it’s time to take action. The sooner you address the conflict, the better.

If you find yourself in the position of mediating conflict between team members, there are a few things you can do to improve the situation:

It’s important that you stay calm and level-headed when mediating a conflict. If you get emotional, it will only make the situation worse.

Listen to both sides

It’s important that you give both team members a chance to be heard. Don’t make any decisions until you’ve had a chance to hear both sides of the story.

Show respect to both team members, even if you don’t agree with them. Respect is key to resolving any conflict.

Focus on the future

Once you’ve heard both sides of the story, it’s time to focus on the future. Help team members come up with a plan to move forward and avoid conflict in the future.

Mediating conflict between team members can be challenging, but it’s important that you handle it in a way that’s respectful and fair. By following these tips, you’ll be able to resolve the conflict and help your team move forward.

Is It Important To Remove The Conflict Creators?

There will be times when it’s necessary to remove a team member who is causing conflict. This is usually only necessary in serious cases, such as when the conflict is preventing work from getting done or is starting to affect other teams or departments.

Removing a team member should always be a last resort. But in some cases, it may be the best way to resolve a serious conflict.

Team Conflict Management – What is the real mantra?

The real mantra for team conflict management is to encourage healthy conflict. Only when team members feel comfortable enough to voice their disagreements can the team move forward and solve problems effectively.

Of course, this doesn’t mean that every disagreement should turn into a full-blown argument. But it does mean that team members should feel free to express their opinions, even if they differ from the majority.

The best way to encourage healthy conflict is to create an environment where team members feel comfortable expressing their opinions. This can be done by fostering open communication and respect among team members.

Creating an environment of healthy conflict will help your team become more creative and innovative. And in the end, that’s what really matters.

The conflict between team members is inevitable. But it doesn’t have to be a bad thing. In fact, conflict can actually be beneficial for teams if it’s managed properly.

The key to managing conflict is to encourage healthy conflict. This can be done by creating an environment of open communication and respect among team members. By doing this, you’ll help your team to become more creative and innovative. And that’s what really matters. 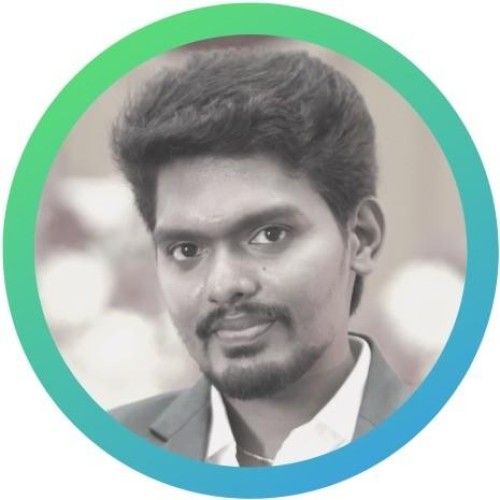 Karthik K
If you stay true to yourself and pay close attention to your innate wisdom, you will be much happier and more fulfilled in life. Be confident. You got this. You are awesome!

Are You Getting The Right Kind of Rest?

How To Live Your Best Life Starting Today

4 Simple Things You Can Do To Boost Your Daily Motivation

How To Learn Faster And Smarter – 10 Proven Ways

15 Commitments Of Conscious Leadership That Will Change Your Life

20 Motivational Words To Live By For Attaining Success

How Do You Show Staff Appreciation in COVID?

How do you show staff appreciation during Covid? This...

How To Stay Focused And Maximize Your Productivity (Ultimate Guide)

Watching movies is one of the most popular pastimes...

Top Coffee Quotes To Perk You Up

Coffee quotes will perk you up. So, if you...

Importance Of Workplace Wellness In Your Organization

Did you know that workplace wellness is essential to...

Obstacles are those that shape us, that give us...

When it comes to mental health, many people have...

Top 10 Servant Leadership Characteristics To Have As A Leader

It's easy to get caught up in the day-to-day...

Anyone in a leadership role will tell you that...

Anyone in a leadership role will tell you that...

50 Friday Quotes To Kickstart Your Weekend

The simplest approach to making the most of your...

50 Fitness Quotes By Celebrities To Inspire You To Workout

We all know that regular exercise is essential for...

Top Coffee Quotes To Perk You Up

Coffee quotes will perk you up. So, if you...